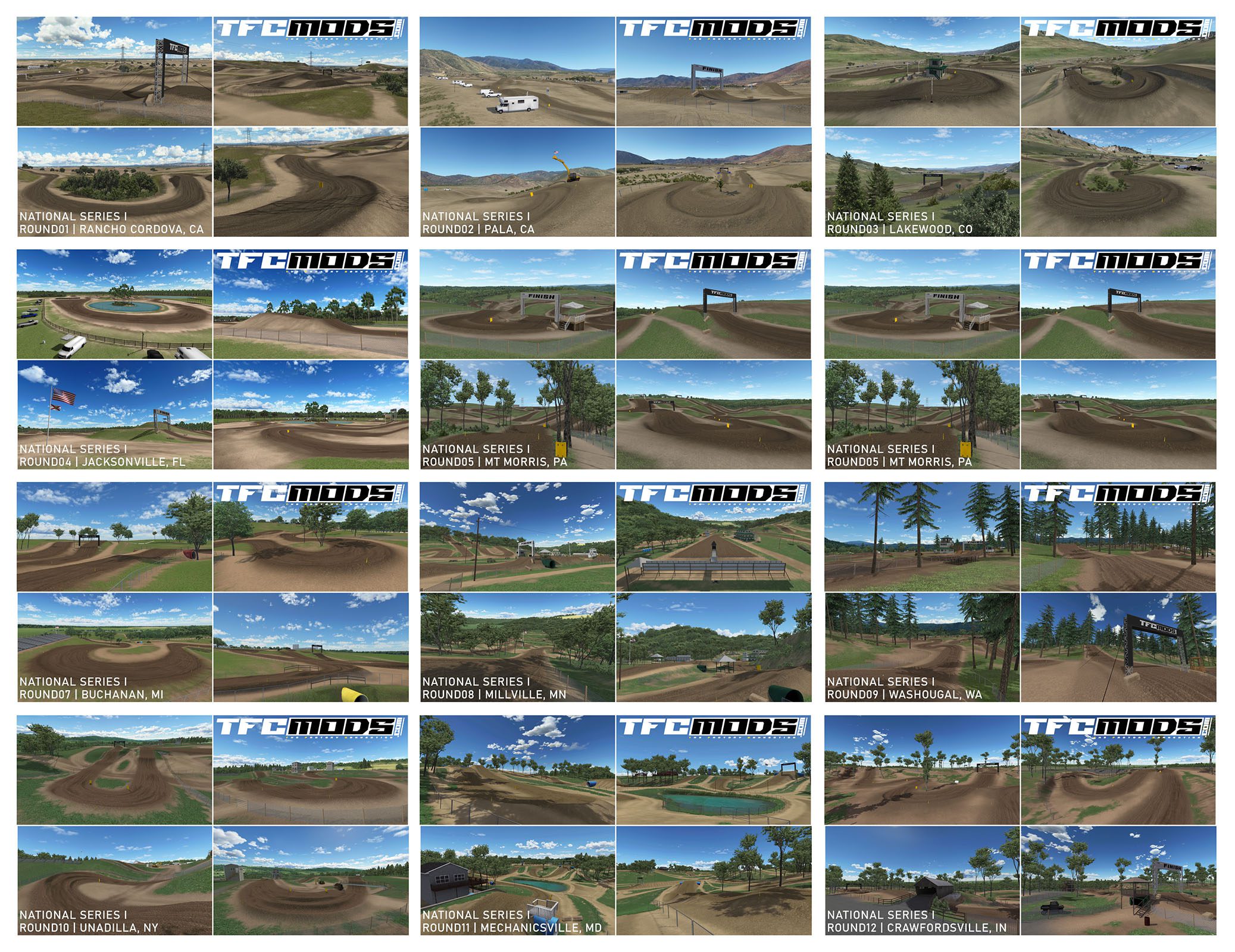 National Series I – All 12 Rounds

Finally, it’s time to release my first pack, ‘National Series I’, or ‘NS1’ for short. NS1 because it’s not an official year based pack, instead it’s the best of the last 2-3 years.

These tracks are off season, amateur use, local series, winter outdoor training theme. This choice was made as with the 23 nationals coming up, and the (bad) off season release timing, it felt too much to over do it with race objects on these tracks. Instead, you have gates, track markers and X-Mods (Spongebobs). I have no branding on these tracks and they’re named after the area and state they reside in, so no ‘Millville’ sign, no ‘Thunder Valley’ sign, sorry..

I started this pack 2 years ago with the intention of getting it done pretty quickly. Unfortunately life had other ideas and it didn’t happen. Still, I’ve focussed on this hard over the last 6 months and am really happy to be able to deliver.

Making 12 rounds to a high standard had a lot of challenges. To achieve all 12 this side of 2022 which was my goal, I had to make some decisions about how they would be made. So on that note, I hope the following explains:

These tracks are aimed at the rider, this means they’re meant to be experienced from the track. Think back to games of old, before open world sandbox experiences and you had walls, you had linear levels, and we still do to an extent with most games in the MXGP series still not wanting you to stray from the track. If you go looking for things that look out of place, you will find them, but you will on any track. Please don’t expect the free roam experience found for example in THQ’s MX vs. ATV games, as this engine will punish riding quality severely for the larger heightmaps reqired to do this. These tracks are made for the rider, and the cams, and will feel amazing if viewed this way.

As a teenager in the mid 90’s, I couldn’t get enough of Crusty Demons of Dirt. Something very special about those films… 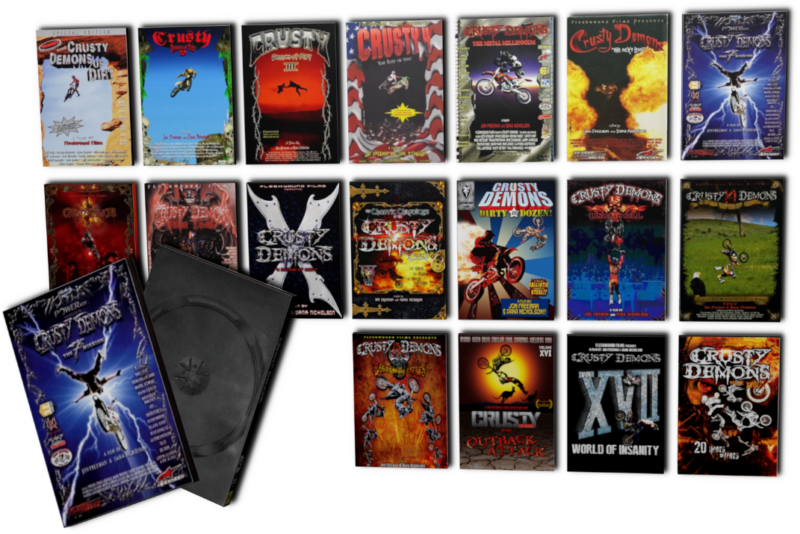 I used to have all 18 episodes on DVD, but lost them at some point over the last 2 years while building these tracks.. They’re out there somewhere, and the first person who sends me screenshots of all 18 episodes will get a $50 reward –Discord: 𝖙𝖋𝖈#0904

I’ve put my heart and soul into these, and I can’t wait to start work on the 2023 series. But for now please enjoy!

The bundle contains the following mods. To download them, go to your Dashboard > Purchase History > View Details and Downloads.

Most of the time, we share our discount coupons to our Newsletter Subscribers only. And get mods updates also!

You Can Unsubscribe Anytime

You are ViewingTFCMods National Series I – Bundle of 12 tracks

You must log in and be a buyer of this mod to submit a review.